Cookie preferences
This website uses cookies, which are necessary for the technical operation of the website and are always set. Other cookies, which increase the comfort when using this website, are used for direct advertising or to facilitate interaction with other websites and social networks, are only set with your consent.
Configuration
Technically required
These cookies are necessary for the basic functions of the shop.
"Allow all cookies" cookie
"Decline all cookies" cookie
Amazon Pay
CSRF token
Cookie preferences
Currency change
Customer-specific caching
Gross / Net price switch
Individual prices
PayPal payments
Selected shop
Session
Comfort functions
These cookies are used to make the shopping experience even more appealing, for example for the recognition of the visitor.
Note
Statistics & Tracking
Affiliate program
Conversion and usertracking via Google Tag Manager
Track device being used
Categories
Information
Customer rating VERY GOOD 4.72 / 5.00 out of 525Reviews 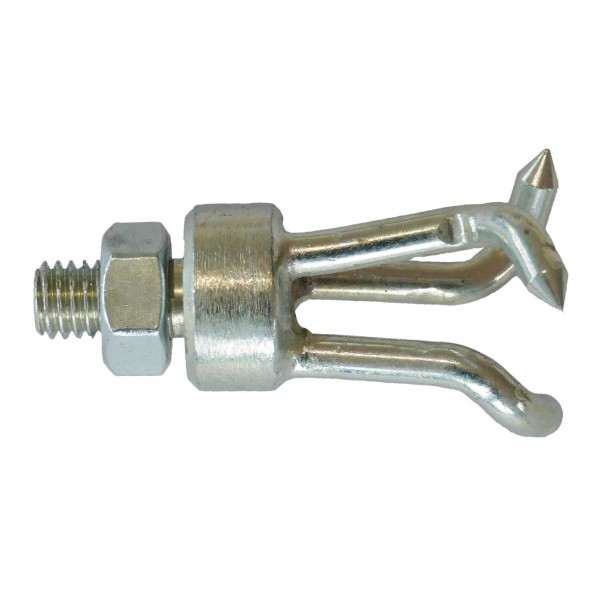 The three-pronged claw is a drain cable tool for removing drain blockages. The three prongs can drill out blockages, but can also hook in roots and other foreign objects such as textiles, rags and wet wipes. These can then be pulled out of the pipe

To release and change the tool from the drain cable, it is best to clamp the drain cable in a vice. The tool can then be unscrewed counterclockwise using an Allen key. The new tool must be screwed tightly clockwise accordingly.